The content of this article is based on fictional information, not actual data.
Marble Mountain Correctional Facility 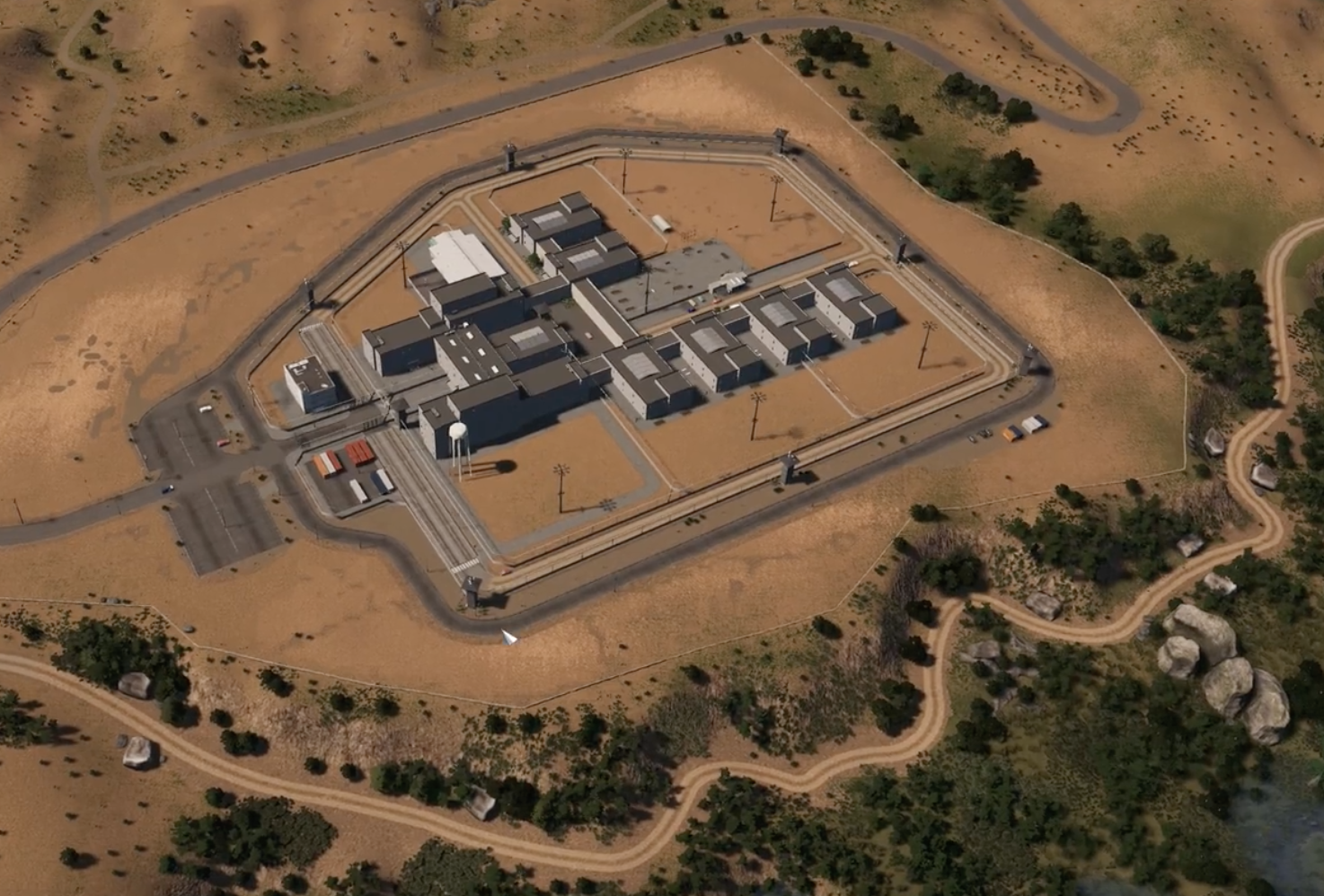 The facility near Plaquemine swamp

Located outside of Sabine near the Plaquemine Swamps serves the region and houses inmates that have been sentenced to serve terms over one year. This prison accounts for all of the Marble Mountain's prison capacity, except for inmates in Montana Police department custody.